Established 1790, the now Oban Inn was is a former hotel, many records point to the Oban Hotel being listed as George Square, Stafford Street or Corran Esplanade.

Previous licensees or vintners of the day, named as

Maire first owned the pub in 1979, returning to reopen the doors following a the nine year closure in 2007.

Today the Oban Inn is an icon, one of only a few remaining buildings from the original town plans, lovingly decorated and styled in the style of an 18th century pub, with flagstone floors and exposed beams.

The Public Bar offers a traditional fayre, real ales, wines, spirits and all of the modern brands you'd excpect of a welcoming Scottish pub.

There are no TV's and patrons are asked to chat amongst themselves or with one of the friendly staff to pass the day, why not pickup the guitar and give us a song?

The Lounge Bar whilst a little more modern in its entertainment offerings still retains the charm of an old style saloon lounge. Comfortable leather booths and stained glass. Although formerly hotel rooms, you would be forgiven for thinking its been here for 200 years... its steeped in authenticity. 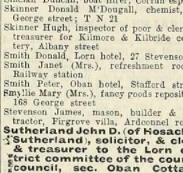 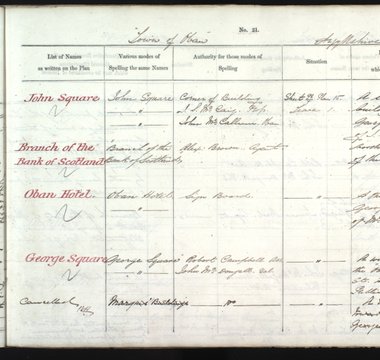